Everything Motorcycle By Riders For Riders 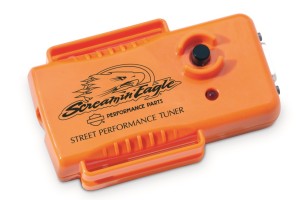 Harley-Davidson Inc (HOG.N) agreed to pay a $12 million civil fine and stop selling illegal after-market devices that cause its motorcycles to emit too much pollution, the U.S. Justice Department said on Thursday.

The settlement resolves government allegations that Harley sold roughly 340,000 “super tuners” enabling motorcycles since 2008 to pollute the air at levels greater than what the Milwaukee-based company certified to the U.S. Environmental Protection Agency.

Harley did not admit liability, and said in a statement it disagrees with the government’s position arguing that the devices were designed and sold to be used in “competition only.”

The company said the settlement represents “a good faith compromise with the EPA on areas of law we interpret differently, particularly EPA’s assertion that it is illegal for anyone to modify a certified vehicle even if it will be used solely for off-road/closed-course competition.”

An EPA spokesman said that the vast majority of these tuners were used on public roads.

According to the government, the sale of such “defeat devices” violates the federal Clean Air Act. Harley was also accused of selling more than 12,600 motorcycles that were not covered by an EPA certification governing clean air compliance.

The settlement calls for Harley to stop selling the super tuners by Aug. 23, and buy back and destroy all such tuners in stock at its dealerships. EPA said the modified settings increase power and performance, but also increase the motorcycles’ emissions of hydrocarbons and nitrogen oxides.

Harley must also deny warranty claims if owners continue to use the devices. An EPA spokesman said the company’s dealers are not part of this action, but “if they are tampering or selling defeat devices on their own, then they could be investigated independently in the future.”

“Given Harley-Davidson’s prominence in the industry, this is a very significant step toward our goal of stopping the sale of illegal after-market defeat devices that cause harmful pollution on our roads and in our communities,” John Cruden, head of the Justice Department’s environmental and natural resources division, said in a statement.

In a separate statement, the company said it has sold the product for more then 20 years under an accepted regulatory approach that permitted the sale of competition-only parts and said it believed it was legal to use in race conditions in the United States.

This entry was posted in Motorcycle News. Bookmark the permalink.